Appeal instance: to recognize the transactions worth more than 21 mln.rub. invalid

ГлавнаяNewsAppeal instance: to recognize the transactions worth more than 21 mln.rub. invalid

The Court of Appeal revoided the ruling of the Court of the First Instance in the contested part and declared invalid Debtors’ funds transfer transactions worth of more than 21,709 MLN.RUB.
The Court noted, that the following circumstances were not considered and assessed in the first instance: the disputed payments were made with a significant delay, individual transactions exceeded one percent of the book value of assets, and others. Thus, thanks to the efforts of the YUKO lawyers, it was possible to replenish the bankruptcy estate in the framework of the bankruptcy case of a legal entity. 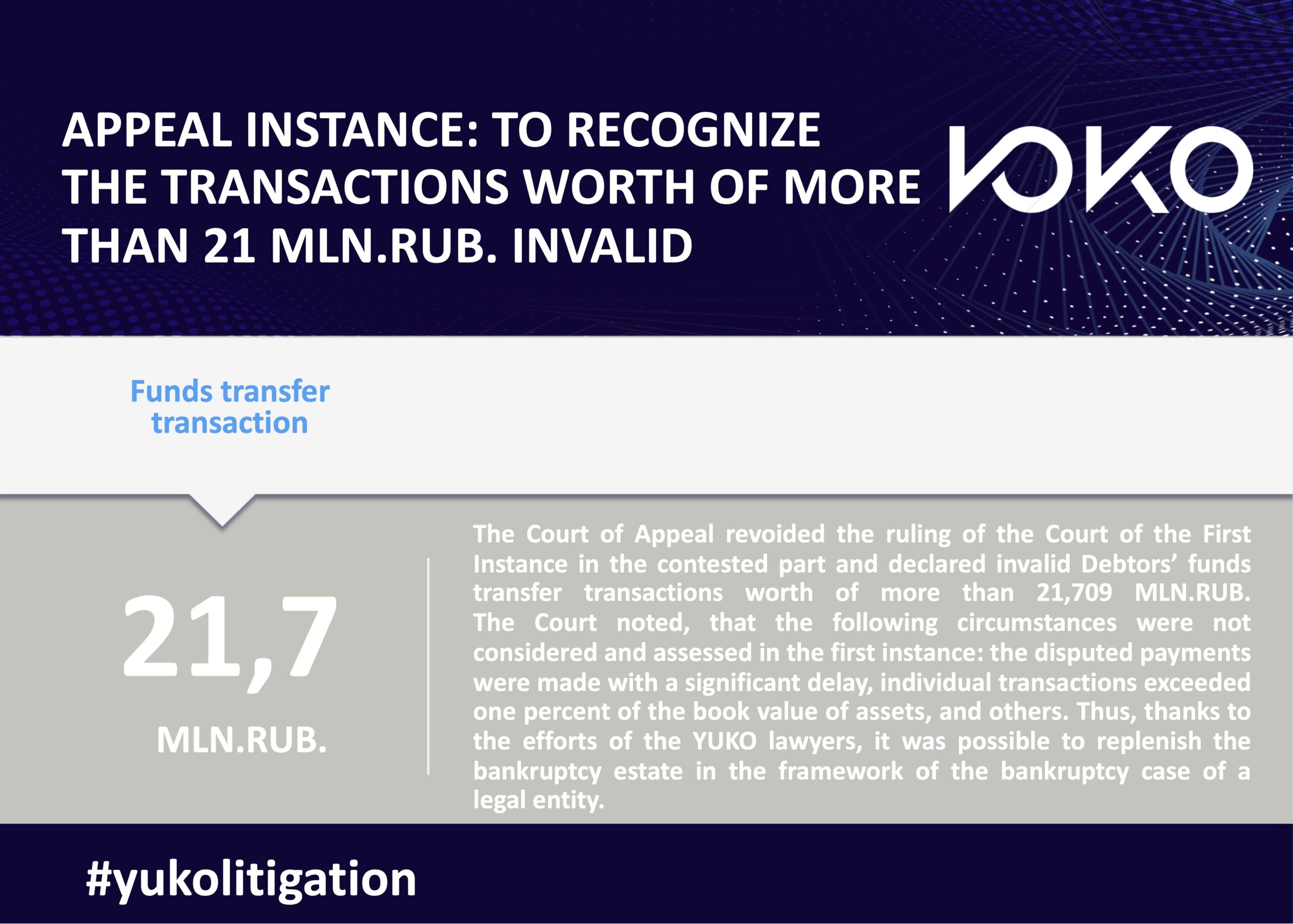 Bankruptcy market research for 2021 is published by pravo.ru.YUKO – among the leaders

Bankruptcy market research for 2021 is published b...

Protected the financial manager from losses in the amount of more than 88 MLN.RUB.

Thanks to the efforts of YUKO lawyers the court of...

Cassation: to apply the consequences of declaring transactions invalid in the form of solidary recovery from respondents more than 661 MLN. RUB.

Thanks to the efforts of YUKO lawyers the court of...