Debtors’ controlling persons claimed responsible. The amount of losses is more than 122 mln.rub.

ГлавнаяNewsDebtors’ controlling persons claimed responsible. The amount of losses is more than 122 mln.rub.

In one of the separate disputes the arbitration manager recovered damages from the former general directors of the debtor company. The losses were determined by the court in the amount of more than 122.7 million rubles. As the court clarified: debtors’ controlling persons did not provide the temporary and bankruptcy trustees with documents confirming the existence of receivables, which did not allow work to be collected and sold. The arguments of the Defendants about the lack of necessary documents, the suspension of economic activity, the nominal nature of their appointment were rejected by the court. The Court of Appeal upheld the decision. 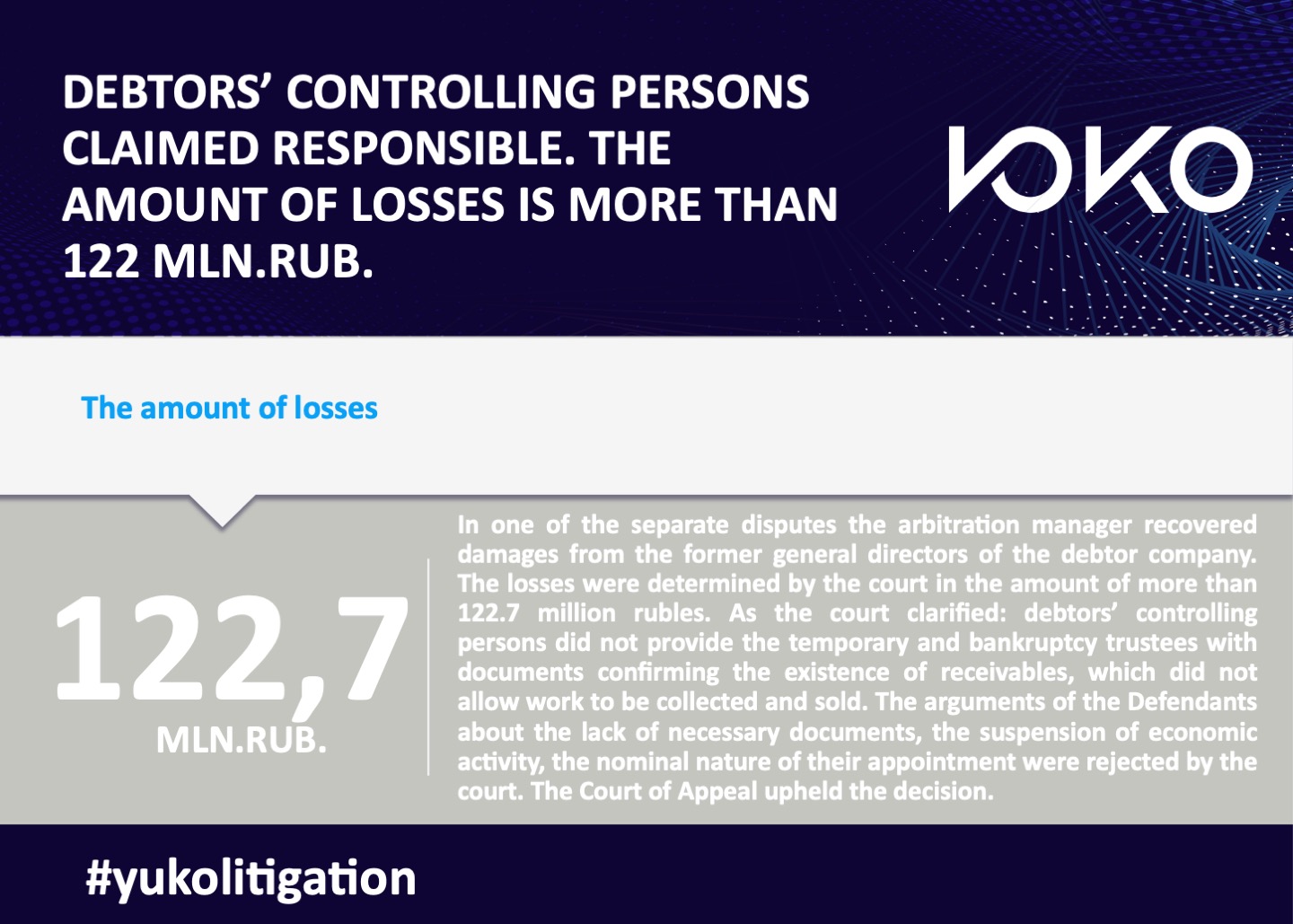 The decision on the subordination of the claims of one of the creditors in the amount of 234.53 mln. rub. stood in the appeal

The Plaintiff tried to include 5.8 million rubles ...

The decision on the inclusion of the creditors’ claims in the amount of 300 MLN.RUB. stood in the appeal

YUKO lawyers managed to recover unjust enrichment in the amount of more than 166 MLN.RUB.

During the new consideration of the dispute, the M...