The court of cassation left in force the decision of the appeal to invalidate the transaction for the purchase of a block of shares in the bank in the amount of 51.25 million rubles. as part of the bankruptcy procedure of an individual. The court of appeal found that the conclusion of the transaction caused property damage to the rights of creditors (alienation by the debtor of property without proper evidence of the actual receipt at his disposal (evidence of spending) as a counter performance under the contract of funds). The court also concluded that there was an abuse of the right in the actions of the parties to the transaction, and recognized that the transaction is subject to recognition as invalid (void). 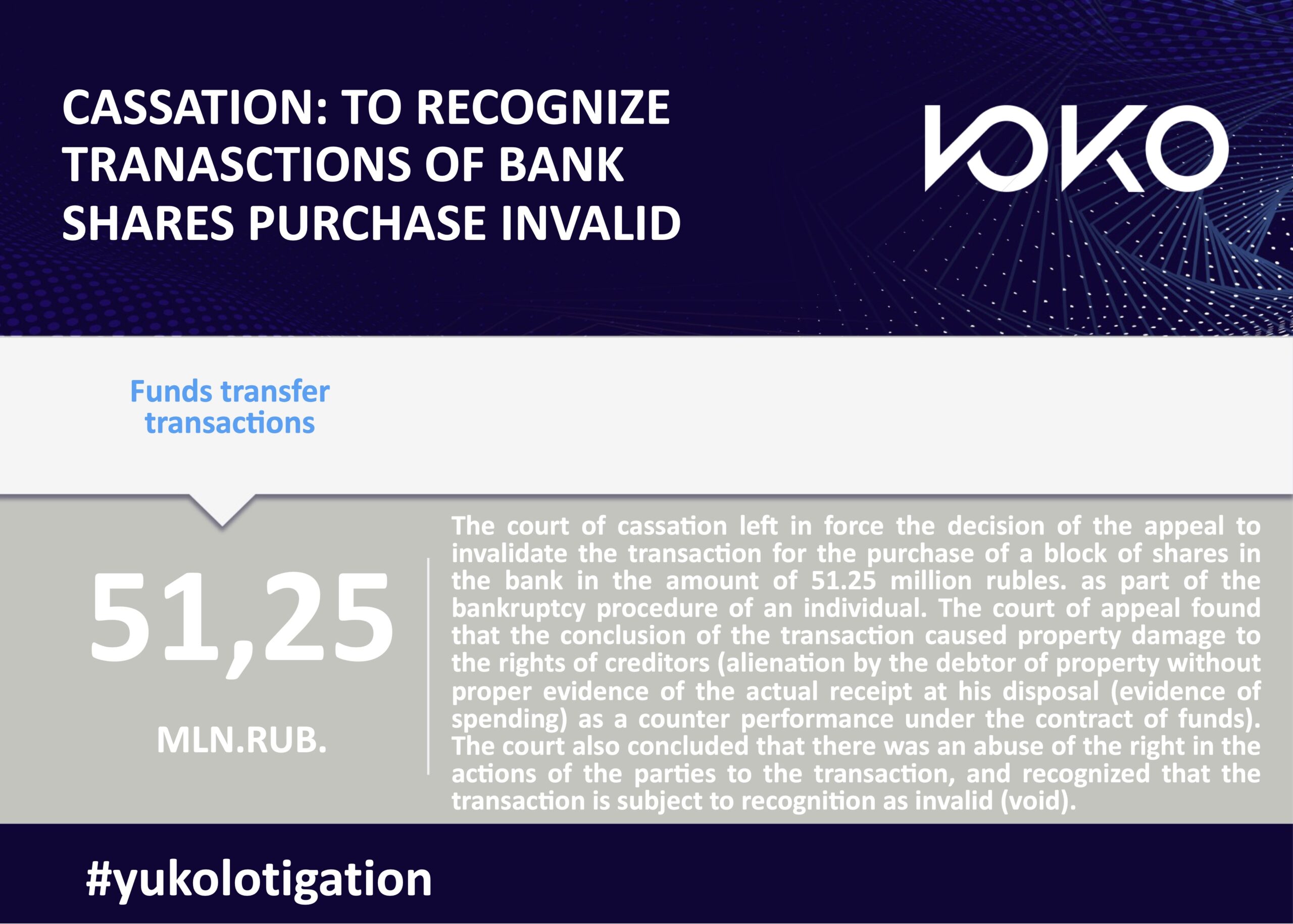 The Moscow arbitration court recognized invalid transactions worth of more than 88,3 mln.rub.

Arbitration court of Moscow agreed with the positi...

The appeal revoided the defining of the first instance and recognized the transactions worth of more than 172,9 mln.rub. invalid

The Court of appeal instance overturned the ruling...

Appeal instance: to recognize the transaction worth of more than 288,6 mln.rub. invalid

The Сourt of Appeal upheld the ruling of the Court...